You know that little town just up the river from Bettendorf? The one with the adorable main street, the charming boutiques, and the delicious restaurants? Yeah, everyone loves it...but it's not without its controversy.

I mean, sure, it's got history - you've got the Buffalo Bill Museum and the Antique Archaeology shop. They've got the Tug Fest, Shops With Hops, and the First Friday Celebrations...but there's something many people don't know about this town:

But how the hell do you actually spell it?

Living in Le Claire (or is it Leclaire?)

My experience with Buffalo Bill's hometown is that of respect.  As in...if you don't respect the speed limit, you are bound to get a ticket.

Plus, they just got a new Kwik Star...so, you know things are getting pretty serious.

Discovering the Best of LeClaire (or is it Le Claire?)

The many shops along Mainstreet make it feel super quaint, like a tiny Galena...where folks can shop and stop in for a bite to eat along the way.  Maybe a cold beer at the brewery (soon to be plural...breweries)

It's a town that is seemingly built for the tourists that see Danielle, Mike, & Frank on TV and want to experience the town for themselves.

Honestly, it's a bit of a mystery. The post office spells it one way, the website spells it another, Google Maps has it another way, and even the man it was named after spelled it differently.

Here's a short history of the man this Iowa town is named after:

Antoine LeClaire was a pioneer, a leader, and a total badass. He was born in 1797. His dad was a trader and a bit of a daredevil, and Antoine inherited that spirit. He was a man who was always at the forefront of everything, from city development to public enterprise.

LeClaire was recounted as the "pioneer of pioneers" as he helped to establish and grow the city of Davenport. LeClaire built the first log cabin, church, hotel, and foundry in the area and was the first person to work on a railroad west of the Mississippi River.

Antoine LeClaire was welcoming, and kind to everyone, regardless of where they came from or what they believed and was a man who left his mark on history and to this community.

Did You Catch That?

Antoine LeClaire!  LeClaire is spelled with no space and 2 capital letters in his last name. So, at last....we can finally say for sure how to spell the town just up the river from Bettendorf is... 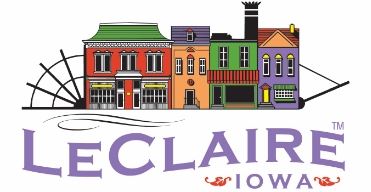 Various 70's style remodels make this home in Garner a different one.

This home is located in Cedar Rapids, Iowa. It holds two tanks, both around 300 gallons each. They both contain different types of stingrays. As for right now, this project is just for fun, though the owners do hope to someday breed these rays.
It's been about a 6-month process getting all the supplies, tanks, and stingrays.
Source: The Great LeClaire Spelling Debate: Settling the Score One Last Time
Filed Under: Iowa, history, LeClaire, evergreen
Categories: Articles
Comments
Leave A Comment
Iowa Football’s 2024 Class Ranked Among The Nation’s Best
Lightning Strikes St. Louis’ Gateway Arch with 300 Million Volts