I always feel like people on the east and west coast think that us Midwesterners aren't the brightest. I don't know why I think that, and if they do, why they would think that. Well, a new study has come out proving people who live in the Midwest are actually pretty smart. Iowa is actually in the top of this list, which is pretty impressive.

A new study from our friends at Zippia has come out showing each state's IQ score. To find that out, Zippia turned to data from the Washington Post.

Zippia says that the researchers at the Washington Post primarily looked at factors related to education. They took into account standardized test scores (including SAT and ACT) and high school and college graduation rates. These factors can be correlated to intelligence which provide a good, but rough estimate for large populations.

Zippia does note that IQ scores are not perfect or a complete measure of skills and abilities. While 10 IQ points may make a difference at the individual level, for a group the difference may not be as major.

Even though Mississippi is last on this list, according to the Woodcock–Johnson Test of Cognitive Abilities, scores that fall between 90-110 are deemed "average".

These are the top 10 state's with the highest IQs according to Zippia:

These are the top 10 state's with the lowest IQs according to Zippia (1 being the lowest): 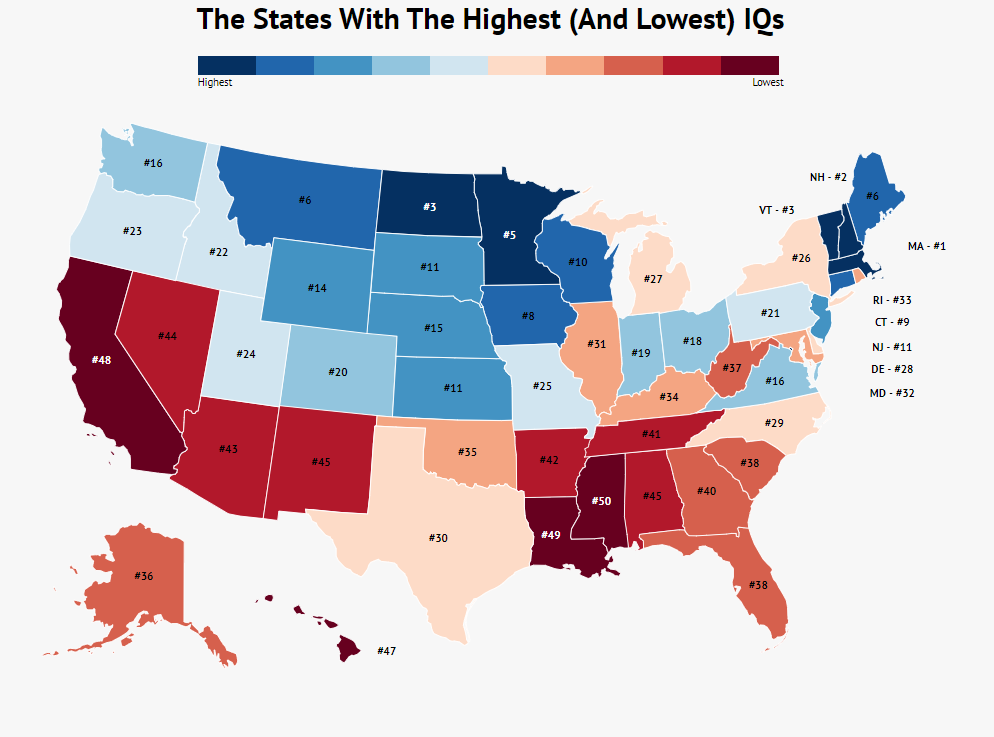 Zippia found that Iowans are pretty smart. Iowa is the 8th smartest state in the U.S. Iowa's IQ is 103.2.

Illinois on the other hand, not the smartest. Illinois is the 31st smartest state, or the 19th dumbest state in the U.S. Illinois' IQ is 99.9.

LOOK: The Most Famous Actor Born Every Year