Every state has their signature dish. Whether it's ribs, chicken, a type of pizza, a massive tenderloin, or a sandwich, when you go to a state you have a pretty good idea on what dish they thrive at. When people think of Iowa and Illinois, what dish do they think of?

Fortunately for us, Zippia wondered the same thing. They researched what was the best dish and most popular dish in each state. Illinois kind of had two favorite foods. I'll tell you shortly what their favorite dish is, but the Chicago-style hot dog was a very close second.

Iowa is known for a few things, but the most popular dish is kind of a given. When people think of Iowa and food, it seems that breaded pork tenderloin or a Maid-Rite/loose meat sandwich have a tendency to always come up. The food Iowa is known for is actually a healthy food that you seem to never be able to escape.

So what is Iowa and Illinois known for from a food standpoint? According to Zippia, Iowa is know for its corn. Again, not really a surprise there. Right now on both sides of the Quad  Cities, you see corn stands everywhere. This is honestly my favorite time of the year because of the corn. Thank you farmers!

Illinois is know for their deep-dish pizza. Obviously there is a lot of Chicago influence there. But really though, when you think of food from Illinois, deep-dish pizza is basically the first food to come out of someones mouth. Who doesn't love some deep-dish pizza? New Yorkers? WHO CARES!

You can see a map of the rest of each states favorite food below, or click here for the rest of the list. 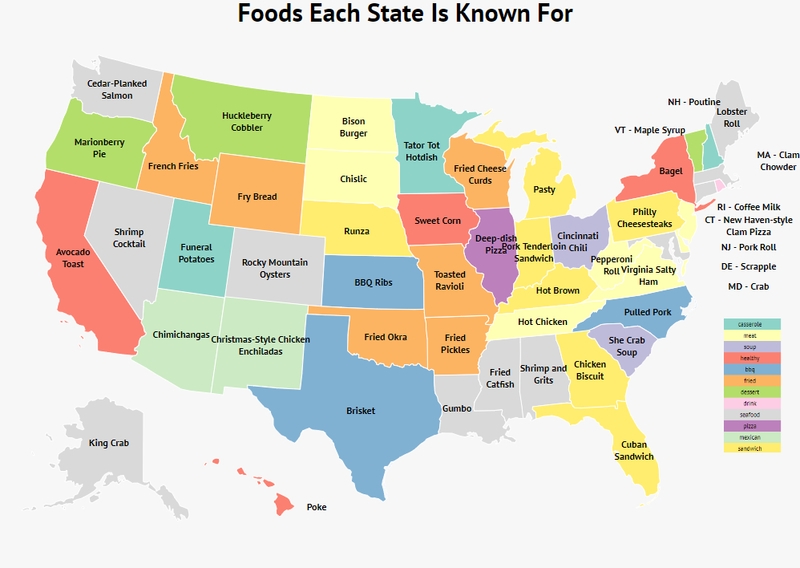 Most Overrated TV Shows in America