Can't you smell those ribs being smoked right now? It's early in the morning and I can because my brain is now craving some ribs. I love BBQ. I know a lot of people who also love it, love to cook it, and take a lot of pride in crafting some good BBQ. But when it comes to loving BBQ, how much does the Quad Cities really like to chow down on pulled pork sandwiches, baby back ribs, or anything else you can slather in BBQ sauce? Let's find out.

Zippia once again looked at Google trends to find out which states liked, or disliked, BBQ food the most. To determine which states really love or hate BBQ, they looked at how many BBQ restaurants per capita there are in each state. They also looked at the search volume for the following words:

After compiling all that data and chowing down on a few racks of ribs (I assume they did because I would have), this is what they found: 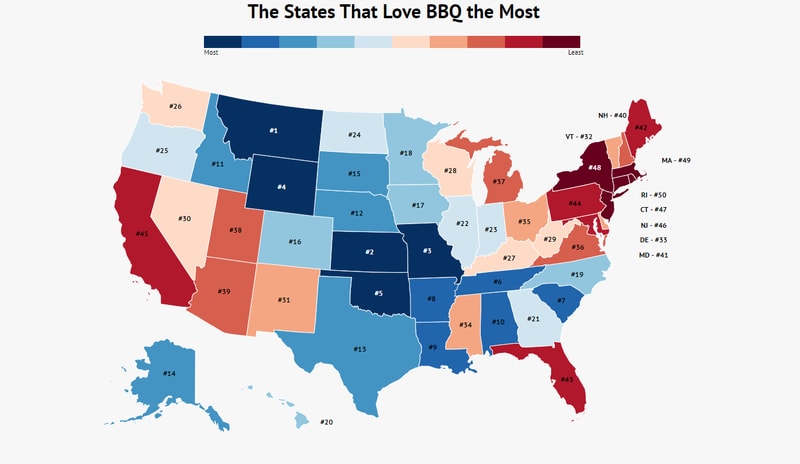 A few of these I feel come as no surprise, except for the number one slot. Here are the top 10 states that love BBQ:

Montana loves BBQ the most out of all 50 states? I mean I hate to argue with the study, plus I've never mean to Montana, but really? No shocker that Kansas and Missouri are up there. The only other surprising state in the top 10 (in my opinion) is Wyoming.

Why Kids Need A Pet